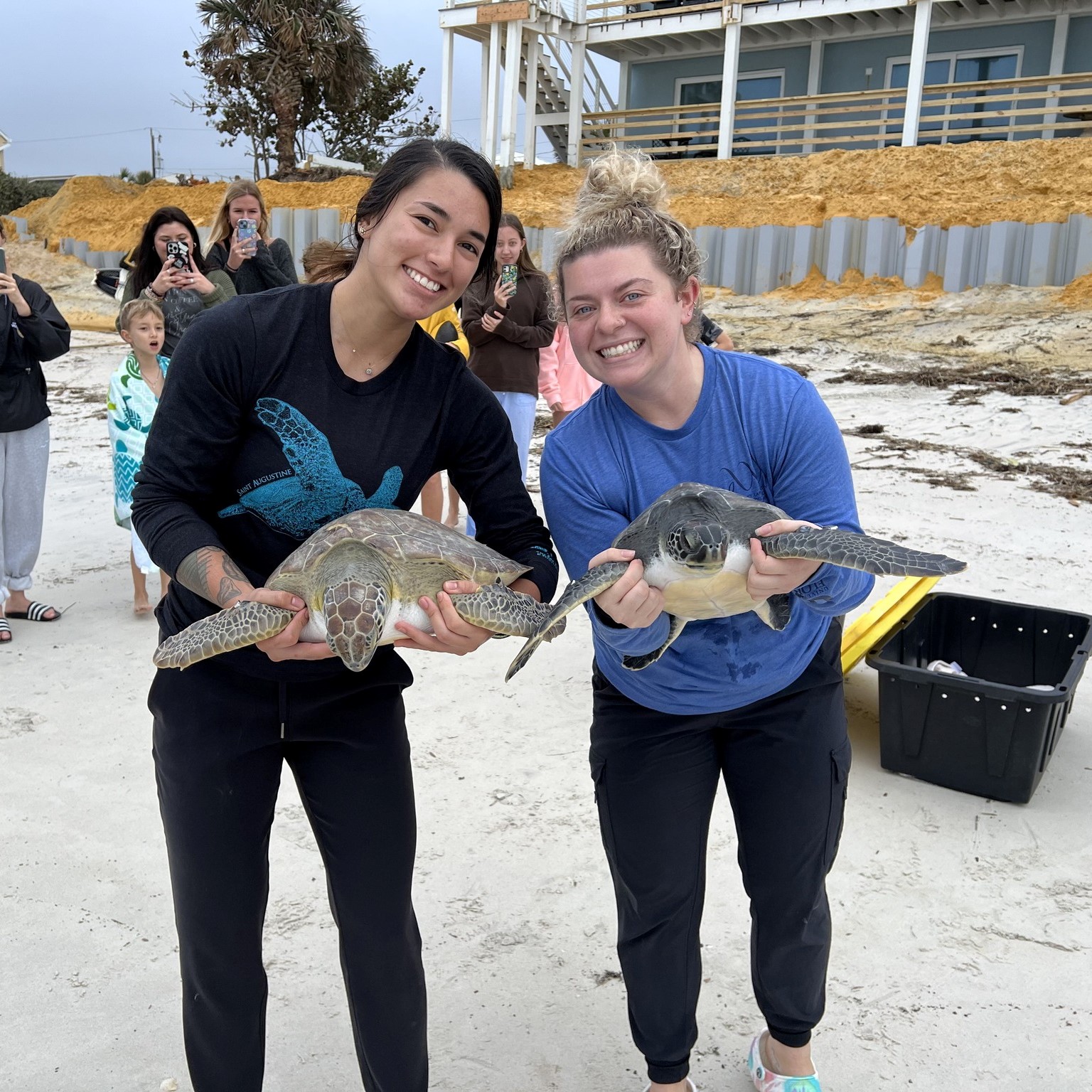 Union had been in our care since October 15th and, fortunately, only needed one FP tumor removal surgery. Unfortunately, however, Union did receive an intensive surgery to remove not one, but two, fishing hooks from his/her esophagus.

Rafter was cleared for release by our veterinarian, Dr. Brooke, and on Tuesday, December 20th, Rafter was tagged with a PIT tag and flipper tags just like Union.

Rafter had been in our care since September 15th and had two FP tumor removal surgeries. While in our care, Rafter gained almost 3 pounds and grew a full centimeter in length. Rafter has a lot more to grow, as green turtles can weigh up to 350 pounds and reach the length of 4 feet. Rafter won the hearts of our animal care team with his/her goofy personality.