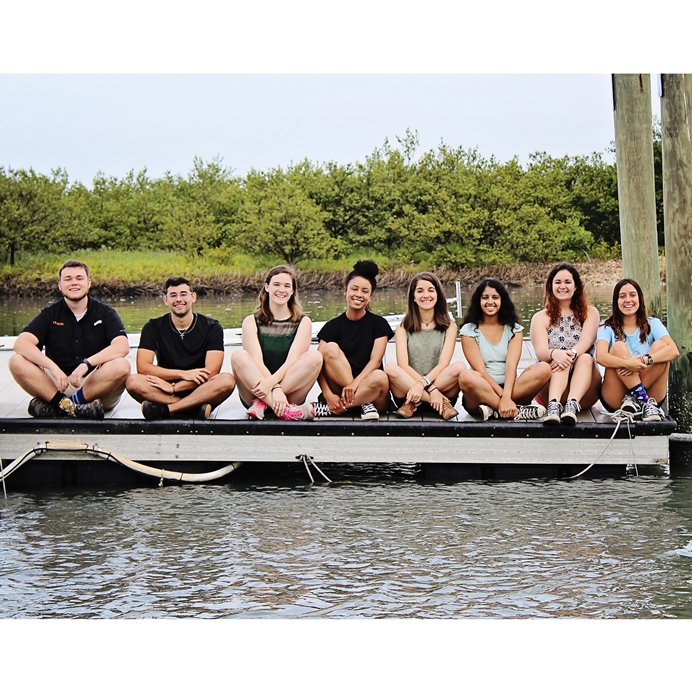 This summer marks the 30th year that the University of Florida Whitney Laboratory for Marine Bioscience has welcomed interns for its Research Experiences for Undergraduates (REU) program funded by the National Science Foundation. The current program offers eight students the opportunity to explore the career of scientific research at Whitney Laboratory for 10 weeks during the summer. Throughout the past 30 years, more than 300 students have experienced the program, which is one of the oldest, continuously run REU programs in the country.

“For 10 weeks every summer, we have an enthusiastic group of young scientists eager to explore their interests in science,” said Elaine Seaver, professor of biology at Whitney Laboratory and REU program director since 2014. “For many interns, it is their first primary research experience, and during the program, there is often a dramatic transition as we guide the interns toward an increasing level of independence in conducting their experiments.”

Throughout the summer, each student works with a Whitney Laboratory research team on a project of interest to the student, in an intensive, hands-on research experience in laboratory and field settings. Students take part in development workshops, field trips that explore Florida’s diverse aquatic ecosystems and research symposiums. They also receive training in scientific communications and ethics.

Last year, Whitney Laboratory received a five-year grant from the National Science Foundation to continue to fund its REU program. The foundation, established by Congress in 1950, is an independent federal agency that supports basic research and education in science and engineering.